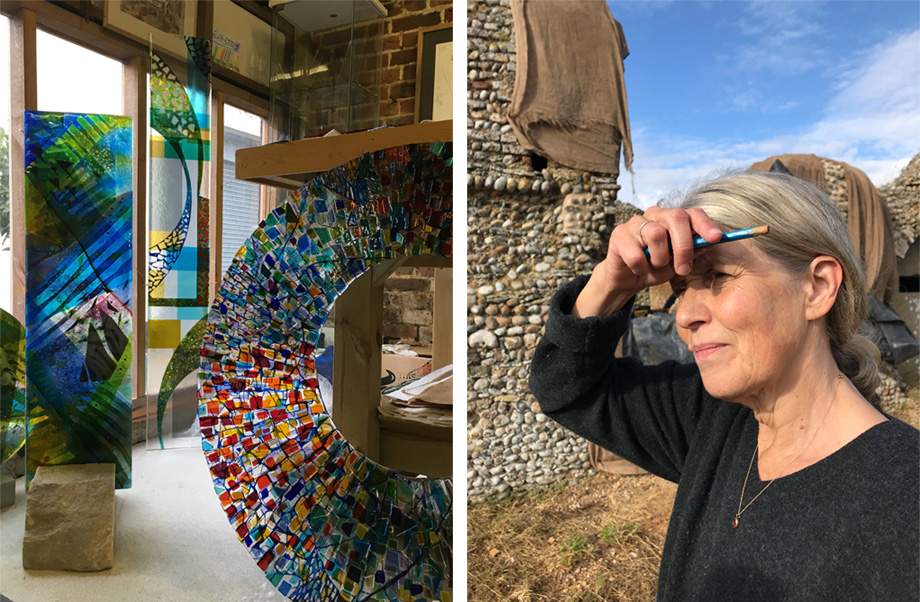 Arabella has worked with glass since 2001, having a background in Fine Art, attending Central St Martin and Maidstone School of Art. Her work explores the nature of things and how life expresses itself in form. Her studio, first opened in 2003, has enabled her to establish a creative hub with talks, exhibitions and classes. Having created pieces for various outdoor locations e.g. Dartmoor National park, private gardens and Norfolk wetlands, she has developed a strong technical understanding of the requirements of glass in an outdoor setting. Arabella has led the development of the project in partnership with RSPB Minsmere and has the necessary permissions in place as well as a range of activity partners who will encourage public engagement and debate.

Here is a brief summary of what I have learned about the history of Minsmere since C11th.

1086 – there were six households headed by freemen and with one ploughing team. Roger Bigot was the lord of the local manor at around this time.

1182 – Leiston Abbey was founded by Ranulf de Glanville. Dedicated to St Mary it was built on the site where the ruined chapel stands now (close to what was then an estuary). The canons were of the Premonstratension order.

1300s – there was a small village of ten homesteads.

1363 – the old abbey was pulled down due to frequent flooding and most of the building materials taken 2 – 3 miles in land to rebuild. A chapel was left behind, probably built at this time, to be used for prayer and contemplation.

1537 – the chapel was abandoned due to the dissolution of the monasteries.

1587 – Tudour entrapments built earlier in the century were now in ruins.

1780 (ish) – a sand bank formed closing the mouth of the Minsmere river and creating fresh water wetlands. The reeds that grew here were used for thatching.

1812 (ish) – the marshes that had formed were enclosed and drained for agricultural use. A canal was built for transporting the reeds inland.

1800s – this stretch of the coast became renowned for smuggling and a coast guard station was built in 1840.

Mid 1800s – there were four windmills on the Minsmere level.

1940 – the area was ordered to be flooded as extra defense from invasion and military defenses were built all along the coast. A pill box was built inside the chapel at the eastern end (where the alter would have surely stood).

1941 – 21:40 hours on May 11th the chapel was machine gunned from a very low flying Messcherschmidt 109. There were no casualties.

1947 – it turned out that flooding the land had been the first big step in restoring biodiversity to the area. Birds returned that had not been seen for many decades – most notably the Avocets who were the first to breed in the UK for 100 years! RSPB started to manage the site which they went on to buy in 1977.

1967 Sizewell Nuclear Power Station was built and has since been doubled in size. It sits just beyond the southern boundary of the Minsmere reserve. The orignal building has been decommissioned and a new one, which will double the site in size again, has been propsed.

You can find out more about the reserve and its inhabitants by going to the RSPB website and wikipedia. 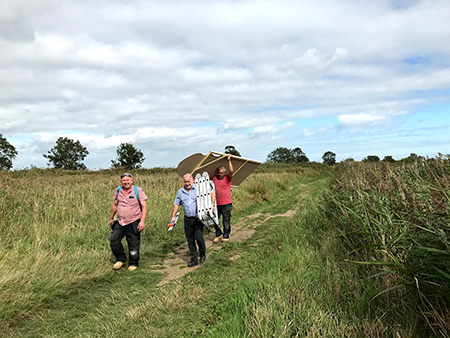 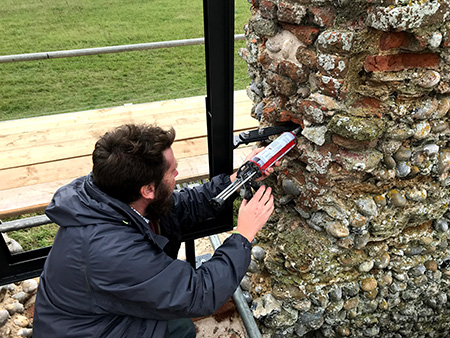 There are many, many people, without whom the idea would never have become a reality. They have listened, said “yes”, offered direction, given permission, believed it was possible, given money, lent their professional expertise and gone the extra mile (literally). This group comprises family, friends, new friends and project partners, skilled contractors, fundraisers, planners, councils and trusts. I want you to know just how deeply grateful I am to every single one of you.

Listed below are those who have actively or professionally pariticpated in making this thing happen. Whether paid, given in kind or just given – everyone has brought far more than their job description might imply. The phrase that comes to mind is generosity of spirit! The list keeps growing so apologies if your name is not yet visable.

AT HOME
Julian Marshall – always listening, picking me up off the floor when things got overwhelming and watching my back!